A complete guide to the nightlife in Barcelona, with a district by district guide to the best bars and hangouts, the liveliest nightclubs, and some unmissable events if you’re new town – such as the VIP night tour and hedonistic boat parties.

It may lack the diversity of the London scene or the cutting edge of the experimental Berlin nightlife, but considering it’s only Spain’s second biggest city Barcelona certainly packs a helluva party punch – and whether you like to get high with the hippies, or get down with the glitterati you’ll find more than enough going on after the sun goes down… in fact, if you want to keep pace with the locals, you’d best be prepared to see the sun come back up again.

A metropolitan city of close to two million people (five if you include the whole urban area), there isn’t one area to sample Barcelona’s nightlife but rather a whole host of happening neighbourhoods to check out. 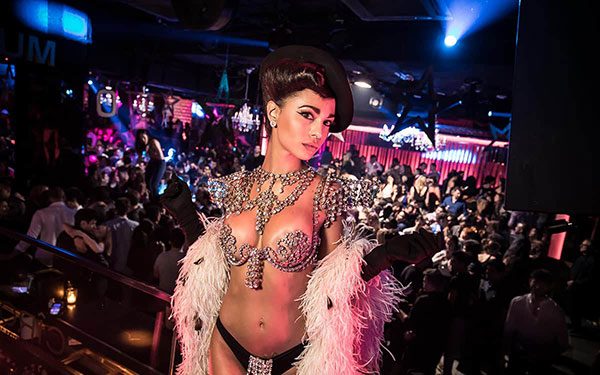 Read on for the best barrios for going out and the best venues in each district, along with the general vibe… by the end of the article you’ll have all the info you need to start your own nocturnal adventures!

Going Out, District by District

Below you’re find our tips on the best venues for going out in each of Barcelona’s main districts… so wherever you find yourself in the city, you can located the best pubs and bars in the barrio.

A natural starting point for newcomers is of course Las Ramblas and – on either side of it – the narrow streets of the medieval Old Town. Barcelona’s busiest boulevard by day, Las Ramblas is also heaving by night, especially in the early stages of the evening when the street performers are still playing their trade and the pavements throng with locals and tourists heading out for drinks and dinner. Restaurants at this time are spilling over with customers fuelling themselves on tapas and other treats (although you’ll find better quality for cheaper elsewhere! Check our eating out section for suggestions), whilst the strip also has plenty of bars and clubs. 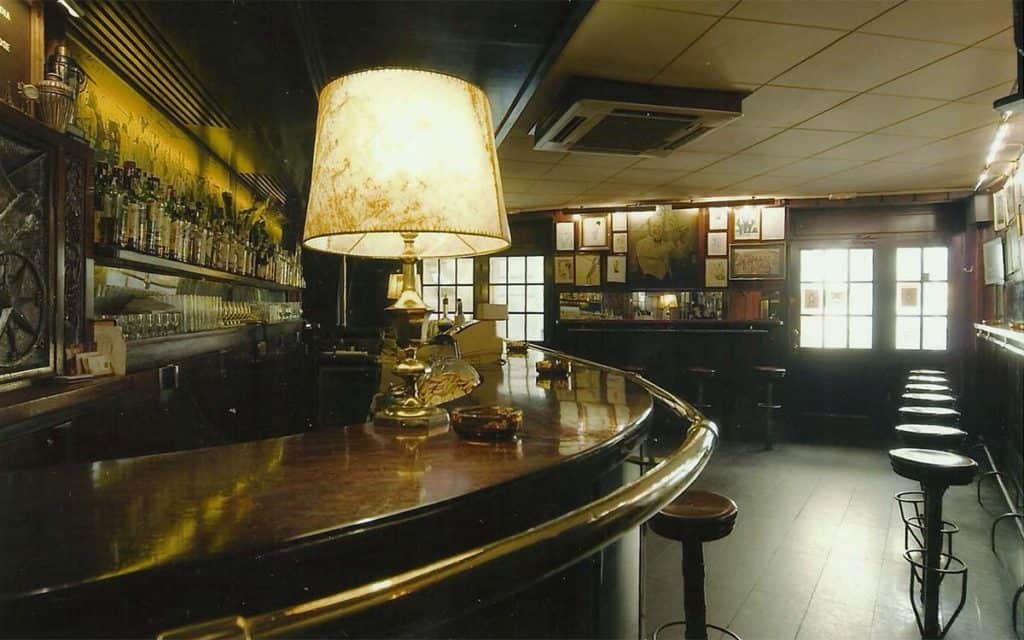 Boadas was the city’s first ever cocktail bar

Boadas cocktail bar, the Kiosk La Cazalla, and Boulevard Club are some of the more well known, whilst the homely and handsome Wild Rover Irish Pub at the bottom of the boulevard is always a great choice for a pint of the black. For something a little more sophisticated, take a small detour off the main strip to Carrer Sitges, and start the night with a draught of Scotch or bourbon at La Whiskeria Cocktail Bar. Shaking up a whisky-based cocktail…

Generally speaking Las Ramblas (above) is merely a crossing point to greener nightlife pastures, and for the more authentic local venues you’ll have to negotiate the labyrinthine alleys of the Gothic Quarter. Here you’ll find scores of sassy little spots hidden away in dark corners, such as the stylish Milk Bar, which has a great cocktail menu, and Sugar; plus of course a handsome selection of Irish and British pubs, like the friendly and flirty Flaherty’s, where you can mingle with (ie. chat up) some fellow tourists – check out their Beer Pong tournaments on Thursdays, or Ladies Night on Fridays. 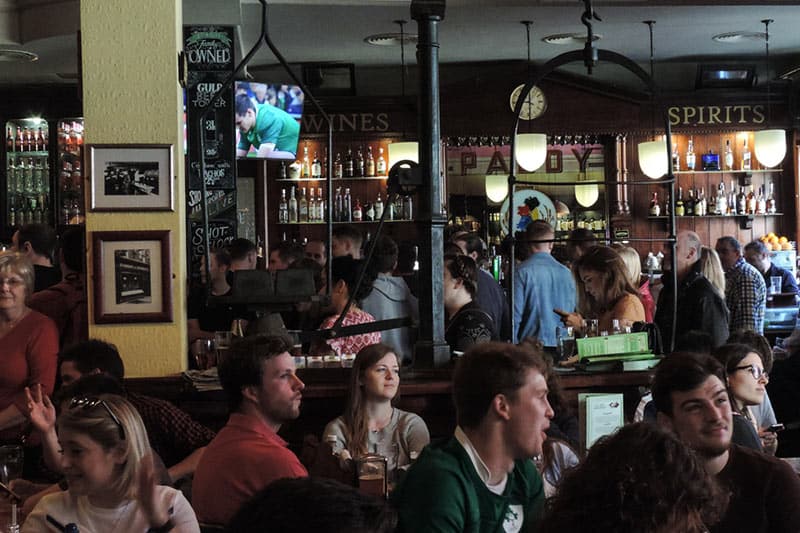 Flaherty’s is a great hang out in El Gotico

Plaza Real (Royal Square) is a great place to orientate yourself in this neck of the woods, with famous clubs like Jamboree, Sidecar and Tarantos perennial faves with the backpacker crowd that congregate here. The latter actually hosts the flamenco part of this highly-rated Tapas and Flamenco Night.

A flamenco show can be a fun way to start a night out.

For a slightly more sophisticated slice of Barcelona’s nightlife, the equally pretty, but slightly less touristy, El Born is also very central and here you’ll find all manner of trendily-attired nightowls crowding into cafes and bars – especially in the district’s heart, the Passeig del Born. Check out Miramelindo, for a Cava cocktail, or trawl the square and the surrounding backstreets for a slice of the action. The district’s best nightlife venue though is found on the Avenida Marques de l’Argentera, a stunning new multi-purpose space with a distinct Berlin vibe. Clubhaus is a bar-restaurant, adult play centre (as in ping pong and karaoke – not swinging!) and nightclub in one two-storey, three-room venue. Perfect if you fancy boozing and carousing with Barcelona’s hip, creative set.

If you can’t identify with Born (get it?), then the edgier Raval is the other side of the Ramblas, where street kids play cricket or football and generally run riot as Bohemian imbibers stroke their side whiskers and order another chupito or two. The heart of the district is the Rambla de Raval where hip bars like Ambar are interspersed with kebab joints, whilst a more glam crowd congregate at nearby cocktail bars like the suave Marmalade, where you can order house specials like their ‘Pornstar Martini’ and do some pre-club flirting. The street of Joaquim Costa is full of hip venues, and a great place to go bar-hopping. 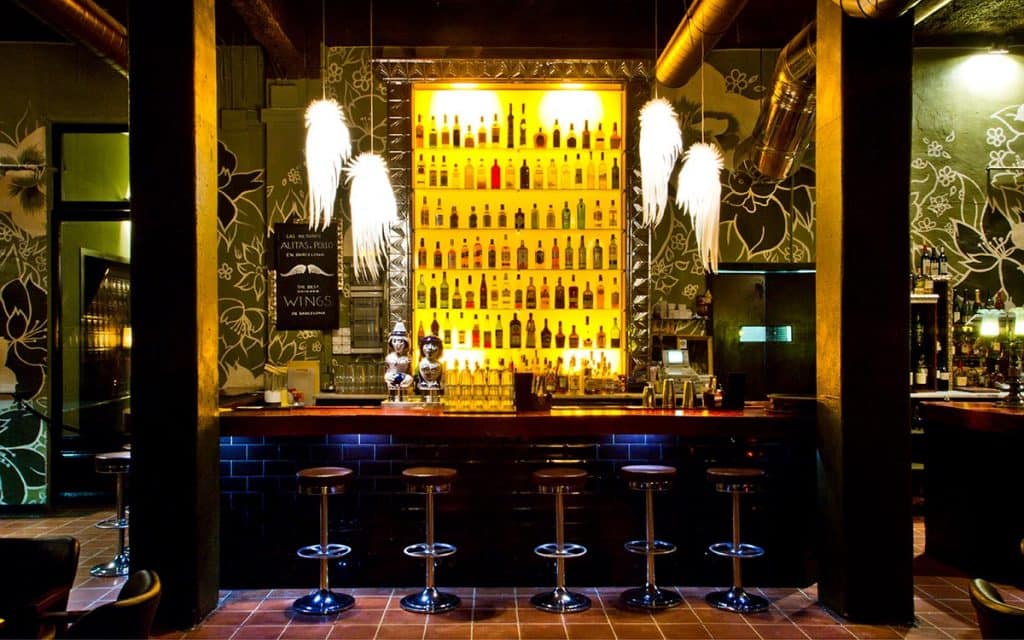 The swish interior of Marmalade, one of Raval’s best bars

Meanwhile in the area surrounding the MACBA museum, skate fashion rules supreme. Pierced and tattooed kids practice tricks on their boards before later heading down to the area around Carrer Nou de la Rambla, where legendary clubs like Les Enfants (a kitsch Spanish disco!), Moog (famous for tech/minimal DJs) and Sala Apolo (home of excellent midweek parties such as Nasty Mondays) are all located. 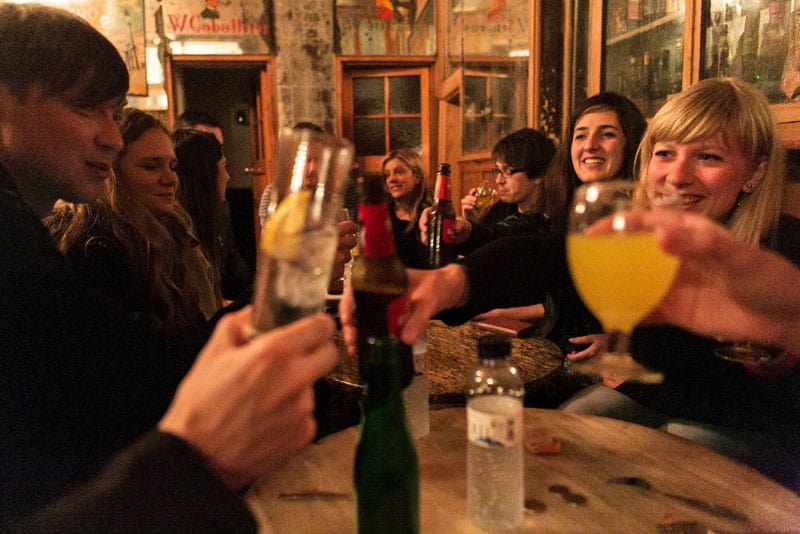 If hanging out in this edgier and more authentic district by night sounds like your proverbial cup of tea, then we can thoroughly recommend checking out the all new ‘Hipster’s Bar Crawl‘, which will go a long way to showing you what a real night out in Barna looks like… amongst other great venues they stop by one of the city’s oldest watering holes for a glass of the green fairy (viz. absinthe!). The same venue that featured in the film Vicky Cristina Barcelona.

Fri Mar 13 , 2020
Barcelona is renowned for having some of the best shopping in Europe, from famous designer stores to high-street brands. Yet this doesn’t mean everyone aspires to being a budding fashionista. Check out our compilation of some of the most flagrant fashion faux-pas you can come across in the Catalan capital. The all-black outfit This is a classic […]